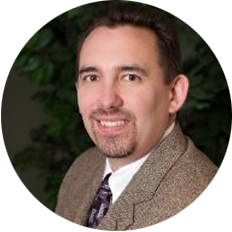 John first pursued his entrepreneurial spirit in 2003, founding Realized Solutions, Inc., a software development, and IT network services provider, where John acts as President, CEO and enjoys being a senior consultant. John has been involved in the field of Information Technology for over 20 years with a wealth of experience in software development, system integration and computer security.

In more recent years, John established Wireless Carpark; a company which offers technology controls for flat rate and event parking. John's brings a genuine excitement to the company. His technical expertise and parking experience are evident on a daily basis as he heads up sales and marketing efforts.

Prior to his current roles, Mr. Beyer served as Vice-President/Treasurer of KVA Communications, a network service vendor, in New York, New York. He attended the University of Connecticut with a dual major in Sociology and History followed by proudly serving his country in the United States Air Force from 1991 to 1997. He was named Outstanding Airman of the Year in both Heath Service Management and in the Air Force Medical Service in 1995. He was also named 439th Airlift Wing Airman of the Quarter in 1996.